Listening to Britten – Purcell: Dulcibella, Whene’er I Sue For A Kiss

Posted on January 17, 2014 by goodmorningbritten 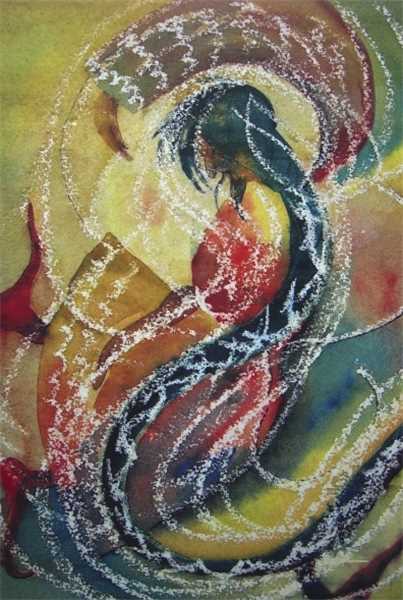 A Tragic Story from Friday Afternoons, Op.7 by Jane Mackay – her visual response to Britten’s music, used with many thanks to the artist. Jane Mackay’s Sounding Art website can be found here

Britten continued to find songs by Purcell that were suitable for arrangement, in this case an independent duet for tenor and baritone that Purcell author Martin Adams describes as having ‘dramatic potential’.

The realization was not published until 1994, as part of A Miscellany of Songs. Very little appears to be known about the author.

Purcell’s duetting voices need little in the way of accompaniment, and the piano part probes and punctuates at the correct points, although Britten cannot resist adding a bright flourish or two to the right hand.

There is a lilting feel to the triple time song, and the tenor and baritone are relatively far apart while they sing, but come together for a subtle but rather lovely finish in the major key.

Unfortunately neither the original nor Britten’s realization can be found on Spotify.

Next up: When Myra sings